support across all media channels

We manage brands in the following rare disease spaces: 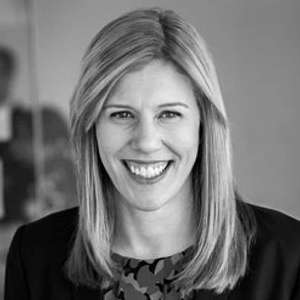 Lauren Boyer is the Chief Executive Officer of Underscore, and she has championed Underscore into a solutions-based media company, exhibits many admirable qualities of leadership, and challenges every one of her employees to do the strongest work they can.

She has been the recipient of multiple awards for entrepreneurialism and leadership, is on the board of Entrepreneurs Organization (EO), an active KPMG/University of Michigan QuantumShift Fellow, and has been recognized as one of the top 50 female entrepreneurs by Inc. Magazine. She earned her AA in Industrial Design from the Art Institute of Philadelphia and has also attended the State University of New York, New Paltz. She actively mentors budding and established entrepreneurs and encourages an environment of continuous learning and innovation at Underscore.

Lauren’s career in digital and media began in the 90’s, just as digital became a viable marketing channel. An early pioneer, she launched the first ever digital media campaign for SmithKline Beecham, helped develop the first website for Medicare Supplement and Replacement Insurance for Independence Blue Cross, and developed a methodology for a $100MM private publisher to create digital revenue streams incrementally and without cannibalization of the printed base portfolio. Lauren’s focus on ROI and passion for finding the critical details that transform campaigns from good to great include developing a grand scale multivariate test framework using fractional factorial analysis for understanding ROI potential in digital media across Pfizer Rx brands within the Pfizer for Living portfolio, and developing a projection approach for predicting ROI prior to media investment.

Other firsts in Lauren’s career include:

In her career, Lauren has held the titles of Account Supervisor, Strategic Consultant, Vice President of Marketing, Chief Global Strategist, and CEO. Currently, Lauren leads the aggressive growth of Underscore Marketing through focused positioning, operational innovation, and a culture of enrichment and evolution. She believes Underscore is the model for how media and marketing agencies should, and will, evolve in the future. One of her favorites memories of working at Underscore was years ago, when they figured out how to map Nielsen data to Yahoo’s audience base and prove out ROI from digital media to retail purchase. It was these early tests that drove Underscore’s focus on data driven programs and ROI measurement, a fundamental differentiation in the industry. 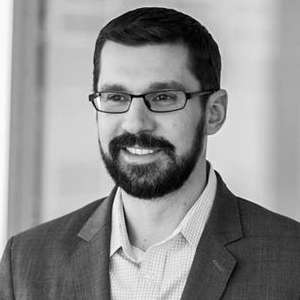 Chris Tuleya is EVP, Managing Director, and for the last twenty years has been a driving force for various forms of media across his career. He started with The STAR Group as a Media buyer and planner, and from there, moved to Razorfish (now Digitas), as a Director of Search. Since joining Underscore, he’s been a Director and VP of Search, a VP and EVP of Media, and is currently active as the EVP of Global Innovation. He also successfully launched the original Comcast Video On Demand, along with the launch of Sovaldi, and has worked across all of the J&J brands (Rx, OTC, CPG).

Chris works with Underscore Marketing because of the entrepreneurial spirit the company has always allowed him to exhibit. In his career, he’s most proud of the launch of Sovaldi, which allowed him and his team to execute a 360 program across all media channels, in order to create a cohesive and impactful brand launch. His approach to work is collaboration. He finds that working together brings out the best ideas in everyone. According to Chris, no single idea or plan is developed in a silo. Chris graduated from the University of Scranton, with a BA in Communications, with a concentration in Public Relations/Advertising, along with a Minor in Business. 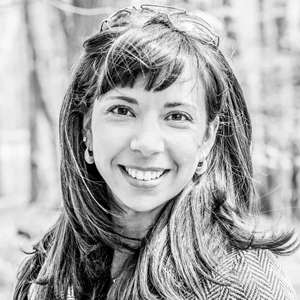 Sarah Patterson is the CFO for Underscore, where she brings years of financial knowledge to the inner workings of our company. She has previously held Acting CFO roles at several creative agencies, and has previously held the titles of Asset Manager, and Financial Analyst. Sarah earned her BS in Finance at the University of Connecticut.

Sarah enjoys working for Underscore because it is a company of people with a strong work ethic and professional standards, who are wonderful to work with. She enjoys working with peers on a high performance team where everyone is pulling equal weight and taking personal accountability for individual excellence. 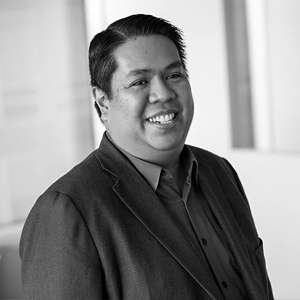 He likes challenging himself and his team to deliver innovative solutions that are always driven by insights and data. At Underscore, he has launched multiple campaigns in rare disease (drug launches and disease state education), medical device and health systems. 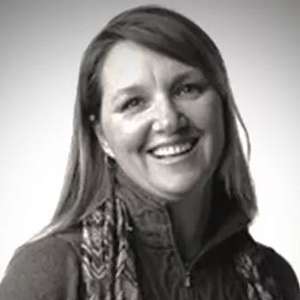 Tiffany Marg is an SVP, Client Services, with over 20 years of pharmaceutical marketing experience in creative agencies. Her experience ranges from HCP to patient communications across all channels, and many disease states – including HIV, cystic fibrosis, oncology, peripheral arterial disease, narcolepsy, diagnostics, and autoimmune disorders. She has a strong understanding of strategy and planning throughout the entire lifecycle of a product, from clinical-trial recruitment, through market shaping and brand launch, to brand maturity/loss of exclusivity.

Tiffany has a deep passion for understanding the nuances of brand and creative strategy, and how they relate to targeting and messaging strategy. She came to Underscore because of her belief that creative and media should work in concert, vs. one leading the other, and enjoys collaborating with clients and partner agencies to make it happen. 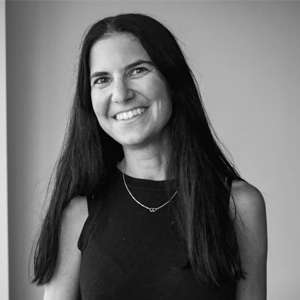 A 25-year veteran in the healthcare advertising and marketing space, Tracey started her career as an agency account person for an array of pharma brands and later spearheaded the marketing effort to launch a first-of-its kind portal in the eyewear and eyecare space. She recognized the immense value of human capital, pivoting to apply her unique perspective to Human Resources.

Tracey’s vast HR experience includes recruiting, launching HRIS systems and employee relations, but shines most brightly as a true business partner. She epitomizes Underscore’s values through her passion for people and problem solving – combined with a focus on empathic leadership.

Tracey holds a Bachelor of Arts degree from Duke University. In her spare time, she is an avid runner and has completed 25 half marathons and seven marathons. She lives in New York City where she is raising her teenage son. 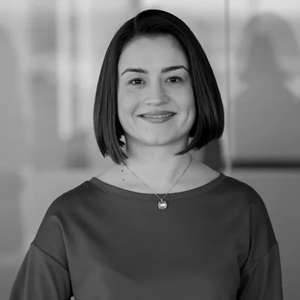 Ewa Kopcinska is our Vice President of Global Operations, which involves overseeing the way Underscore runs as a company across all of our locations.

Located in Krakow, Poland, Ewa has been with Underscore since 2007 where she’s worked toward evolving Underscore’s business in that part of the world. In her initial role working in the paid search team, she spent two years in the US Headquarters, which gave her the unique perspective of knowing both sides of the business, both cultures, etc. Upon returning to Poland in 2011, she worked on expanding and training the local team and later took on the role of running the Poland offices. With her core strengths in business administration, in 2017, she ultimately shifted to Operations, connecting Underscore on a global scale.

When not at work, Ewa and her husband are kept busy by their three young children. She enjoys yoga and would love to take up horseback riding one day. She also loves traveling, and meeting new people and cultures. She earned her MA in Marketing at the Cracow University of Economics. 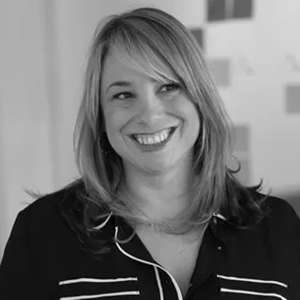 A 25-year veteran in the advertising and media industry, where servicing clients has always been at her core, Jennifer is a brand steward, trusted and valued by not only her internal agency teams, but by clients as well. Passionate about building relationships, and helping clients meet their overall business objectives and goals through digital innovation, analytics, and data-driven intel, she also understands the importance of being nimble, flexible, and a change agent.

As Underscore’s SVP, Client Success, Jennifer is focused on fostering the expansion of the agency’s engagements through effective listening, influencing, and relationship-building among clients, procurement, agency partners, and prospects. A graduate of Manhattan College, she resides in Westchester County, NY, with her daughter. 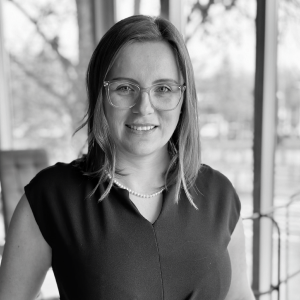 Daga specializes in the marketing of health & wellness brands through all lifecycle stages. Starting from clinical trial recruitment campaigns, through the pre-launch market-shaping, launch and promotional phase, ending with patent expiration and marketing sunsetting. She’s successfully managed 60+ Pharma & Biotech brands across multiple categories and therapeutic areas: supplements, OTC, physiotherapy gear, medical devices, and prescription drugs, including black box therapies. Throughout her career, Dagmara has had the opportunity to work with brands across oncology, hematology, neurology, psychiatry, cardiology, and endocrinology, as well as e-commerce, FMCG, fashion, software, and more.

Located in Krakow, Poland, Daga has been with Underscore since 2009. She earned her Master’s Degree in Marketing and Management and then completed her Post Graduate Studies in Online Marketing. While at Underscore, she spent three years teaching Search Engine Marketing at the WSE University in Krakow. 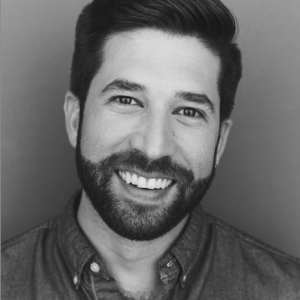 Jamie Geiger, Sr. Director of Global Operations, brings years of innovation, tactical thinking, and creativity to his efforts to improve and evolve everything from Underscore’s office space and software to pricing and internal process.

Jamie’s professional journey has taken him all over. He has worked as a project manager heading up a rights and permission team, helped clients build overseas workforces to streamline their businesses, been an account manager for a green energy company, and even had a stint as a diamond buyer.

Jamie has a bachelor’s from Mercer University and a master’s from Rice University. He hails originally from North Georgia and makes a mean fried chicken. He now lives with his wife and daughter in Cranford, NJ, where, sadly, the fried chicken is terrible.

Martin is our Marketing Director and has spent the last 15 years of his professional career mastering (or at least trying to) the art of brand and product positioning and messaging. He cut his teeth working as a copywriter and content marketer at various SaaS and tech-focused companies, traversing established corporations as well as start-ups and now, agencies.

One of the things Martin enjoys most about his role is the chance to research and understand the nuances of both established and new markets, and through growing his understanding of them look for the Holy Grail of product-market fit. The goal: to create content that builds potential clients’ understanding of Underscore’s unique value and how we can service their needs. 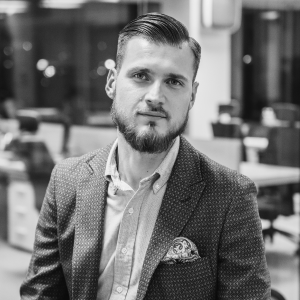 Michał has over 12 years’ experience working with various media channels. Originally involved with paid search, his focus shifted to media and paid social. Currently leading our Ad Operations team, he is responsible for campaign implementation and reporting, data & technology, and is in charge of data gathering, web analytics and automation.

Michał is focused on finding the right solution for any given challenge, maximizing every opportunity. He believes flawless cross-team collaboration is key to guiding our clients and, ultimately, achieving success.